Frankincense: The King of Oils 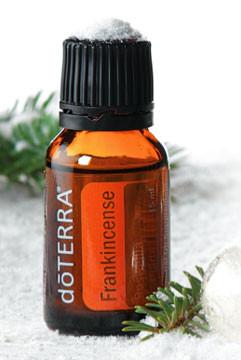 I want to tell you about Frankincense, it’s history, how to use it and how you can get it for free! You may be familiar with the smell of frankincense if you have spent any time in church. Frankincense and Myrrh were diffused during the hoidays, swung around by the priest in a vessel while he walked up and down the aisles. But did you know that frankincense is a powerful essential oil that can help improve your complexion, boost your immune system, support your nervous system, and eliminate headaches? This is why it is called the King of Oils. If you use essential oils in your daily routine, then you know Frankincense can be used for almost anything. Here are just 10 uses for this amazing oil…

In ancient times, it was considered “Liquid Gold” and was one of the most valued essential oils in the world. It has been used worldwide in religious ceremonies, during meditation and for overall wellness for many years. DoTerra incorporates it into most of its skin care line and it is consistently one of the most popular oils.

This December, you can get it for free! When you place a 200 PV order with doTerra, they will send you a 15mL bottle for free. It is regularly priced $69.75 (wholesale). This year, give the gift of good health and get your holiday shopping done all at once with doTerra products, and buy something nice for yourself. You deserve it! Need help placing an order? Contact me directly. I am here to help! For more information and uses of frankincense, click here.

The information on this website has not been evaluated by the Food & Drug Administration or any other medical body. We do not aim to diagnose, treat, cure or prevent any illness or disease. Information is shared for educational purposes only. You must consult your doctor before acting on any content on this website, especially if you are pregnant, nursing, taking medication or have a medical condition.