Reducing the Toxic Load in your Home and your Body 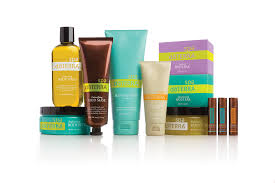 Every week I go to the local market and buy organic fruits, vegetables, meat, dairy and eggs. My family and I eat most meals at home, cooking with healthy fats, and balanced nutrition. Recently, I started thinking about all the other products I buy for the household. As needed, I run down to Target to re-stock the kids and my husband and I on deodorant, shampoo, conditioner, toothpaste, facial cleanser and lotion, to name just a few. It dawned on me that the products that we put in our bodies should also be organic, healthy and plant-based. The chemicals listed on these product bottles was mind-boggling. And I kept thinking, “We are putting these chemicals on our bodies everyday”. It was time to make a drastic change. I pulled out all these products that I have bought and started trying to figure out ways to replace them. Luckily for me, I was able to find an entire product line from one company, DoTerra to replace all the products that my family and I had been using. So I placed my order and we all started using the new products.

I wasn’t convinced that they were going to be as effective as what we were using. Lots of all-natural products don’t seem to last as long, work as well, etc. But I was pleasantly surprised! Not only was I blown away by the quality of the products, we all started seeing secondary benefits to using them. After using the Shampoo and Conditioner for a month, my hair felt thicker, fuller and healthier. The deodorant did not leave any heavy residue on our clothes and the lotion was deeply moisturizing and healing to small skin irritations.

I continue to replace products in my house. Next project will be the cleaning cupboard but for now I feel really good about how I have reduced the toxic load on my family and myself!