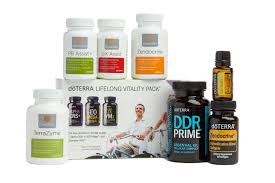 Do you want to hit a re-set button on your health? DoTerra has an amazing 30-day cleanse that will  get you the results you want! Guided cleanse starts January 14th. Interested?

There are 3 phases to the cleanse: 1. Activate 2. Reset 3. Restore. The supplements change every 10 days to help you detox your liver, kidneys, respiratory system and gut. You are allowed to eat during this diet and a Whole 30 diet is highly recommended for maximum benefit and results. Coupled with drinking plenty of water, you will be amazed at the results!

In addition to the kit, you are invited to join a closed Facebook Group that will offer you support, encouragement, recipe ideas and guidance on how to do the cleanse. The group cleanse starts on January 14th so to participate, you need to order the kit, notify me of your interest and I will add you to the closed group.

I do this cleanse about 4 times per year, usually with the season changes. It always helps re-set my digestive system gets me back on track to eating a clean and healthy diet. Let’s start 2019 off on the right foot… together!