Chronic Ankle Instability: Why does my ankle constantly give out on me? 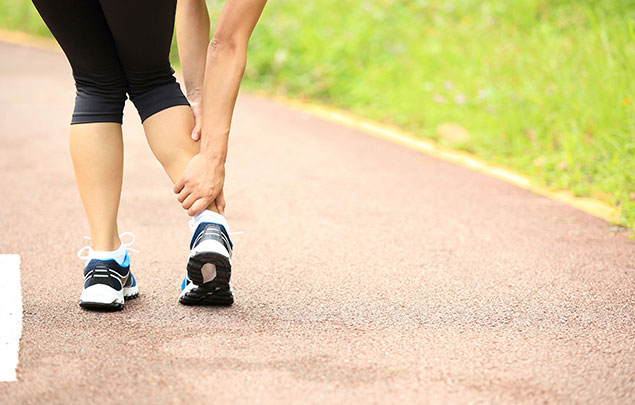 Ankle sprains are the most common musculoskeletal injury in physically active people. Chronic ankle instability can arise from repeated acute lateral ankle sprains. Lateral ankle sprains are incurred when your ankle rolls outward. The ligaments are strained or torn causing pain and instability. Research shows that individuals who sustain an ankle injury are more susceptible to re-injury which can result in a string of long-term issues. Chronic Ankle Instability, or CAI, is a term used to describe patients who have experienced prolonged functional deficits and report subjectively that their ankle is unstable. Over time, these people are less physically active, which can lead to decreased health-related quality of life and increased risk of developing ankle osteoarthritis as compared to healthy individuals.

What is the cause of this long-term ankle instability? Studies have shown that when given functional performance tests, individuals with a history of CAI tested as well as people without ankle pathology. But when asked how their ankle felt, the subjects who had CAI reported feelings of instability while performing the tests. So, what is the root of the issue? I would suggest that after suffering an ankle injury, proprioception is affected. Proprioception is the ability to know where your body or limbs are in space without consciously controlling it or looking at it. Proprioception helps you make minor adjustments in joints to stay balanced (piicture, standing on a moving train without falling). If you can’t sense properly where your ankle is, it is more likely that you will roll it again. For more info, read “Assessing Outcomes in People with Chronic Ankle Instability” in Journal of Orthopaedic & Sports Physical Therapy.

What should you do if you have rolled your ankle once or multiple times? See a PT who can prescribe appropriate balance and stability exercise, use Kinesiotape and who can check for proper ankle mobility, strength and flexibility.